Dave Small of HO Soccer UK contacted us after a referral from an existing client to request some help with IT issues he was experiencing and to discuss the production of some designs for banners and brochures.

Dave is a specialist goalkeeping apparel specialist and UK distributor of the HO Soccer brand. We met with Dave to discuss the issues and to suggest and implement solutions to each of his issues.

Dave was having an ongoing issue with Sage since he upgraded the operating system on his laptop. Previously it was very easy for Dave to simply export all of his stock from within Sage but this facility did not function any longer since the upgrade. Countless calls and hours spent with Sage UK resulted in nothing but frustration and it was no longer possible to extract the information he required in simple form and with no scheduled update by Sage on the horizon, Dave was told his only option was to upgrade to a hugely expensive newer version.

Dave also received thousands of high resolution catalogue images from professional photographers ever year when new glove lines were introduced and these images had to be regularly resized in order to provide as marketing material for distributors and this process took hours.

Finally Dave had a mailing list he had generated from contacts and events and wanted to send e-mails regularly to these people with updates on product lines and special offers but he had no method to do this.

Using the existing but little used Sage ODBC driver together with some simple setup, we created a function that generated the data Dave previously obtained via Sage. The new method provided more flexibility and customisation allowing Dave to export additional information out of Sage that he was unaware existed. This actually resulted in a a more powerful solution than he had previously.

We sat with Dave and installed and setup a batch image conversion tool for images. Having looked at Dave’s workflow, we suggested a more streamlined method to batch convert the high resolution images received from photographers, creating two sets of images. We then showed Dave how to create a Media Pack that he could update dynamically with new images. This allowed him to provide a ‘static’ dropbox link to distributors via e-mail that would allow them to download only the image sizes they required and he would not have to change the link each time he updated the Media Pack.

We introduced Dave to MailChimp and created a custom e-mail template for HO Soccer that looked great on all devices. It was possible for Dave to add/remove content including boxes and images to the newsletter with a drag and drop interface without affecting the layout and design. We also converted and imported his database of subscribers into MailChimp. We also explained how we can leverage this platform by integrating the e-mail sign-up process to his website allowing new subscribers to automatically be added to his new mailing list.

Finally we designed artwork for a series of pitch side banners and a free standing banner to stand behind goalkeepers when they are interviewed, promoting the HO Soccer brand and also a series of brochure and social media promotional images.

Dave has left us a glowing testimonial. 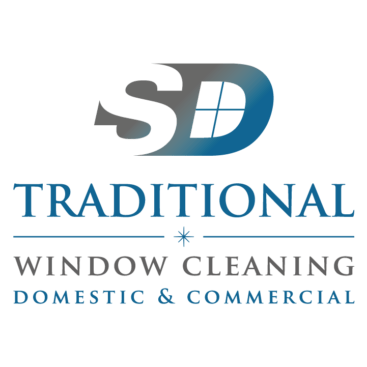 SD Window Cleaning Brand, Design
Our website uses cookies to improve your experience. We'll assume you're ok with this, but you can opt-out if you wish.
ACCEPT REJECT
Manage consent

This website uses cookies to improve your experience while you navigate through the website. Out of these, the cookies that are categorized as necessary are stored on your browser as they are essential for the working of basic functionalities of the website. We also use third-party cookies that help us analyze and understand how you use this website. These cookies will be stored in your browser only with your consent. You also have the option to opt-out of these cookies. But opting out of some of these cookies may affect your browsing experience.
Necessary Always Enabled
Necessary cookies are absolutely essential for the website to function properly. These cookies ensure basic functionalities and security features of the website, anonymously.
Functional
Functional cookies help to perform certain functionalities like sharing the content of the website on social media platforms, collect feedbacks, and other third-party features.
Performance
Performance cookies are used to understand and analyze the key performance indexes of the website which helps in delivering a better user experience for the visitors.
Analytics
Analytical cookies are used to understand how visitors interact with the website. These cookies help provide information on metrics the number of visitors, bounce rate, traffic source, etc.
Advertisement
Advertisement cookies are used to provide visitors with relevant ads and marketing campaigns. These cookies track visitors across websites and collect information to provide customized ads.
Others
Other uncategorized cookies are those that are being analyzed and have not been classified into a category as yet.
SAVE & ACCEPT